August 07, 2019
Eid al-Adha (Arabic: عيد الأضحى‎, romanized: ʿīd al-ʾaḍḥā, lit. 'Feast of the Sacrifice', IPA: [ʕiːd ælˈʔɑdˤħæː]), also called the "Festival of the Sacrifice", is the second of two Islamic holidays celebrated worldwide each year (the other being Eid al-Fitr), and considered the holier of the two. It honours the willingness of Ibrahim (Abraham) to sacrifice his son as an act of obedience to God's command. But, before Abraham could sacrifice his son, God provided a lamb to sacrifice instead. In commemoration of this intervention, an animal is sacrificed and divided into three parts. One share is given to the poor and needy, another is kept for home, and the third is given to relatives.

In the Islamic lunar calendar, Eid al-Adha falls on the 10th day of Dhu al-Hijjah, and lasts for three days. In the international (Gregorian) calendar, the dates vary from year to year shifting approximately 11 days earlier each year.

Many Muslims in the United States observe Eid-al-Adha, also known as the Feast of Sacrifice, each year. This festival commemorates Ibrahim’s (Abraham) willingness to sacrifice his son to God. This festival also marks the end of the Hajj pilgrimage to Mecca.

Many Muslims in the United States celebrate Eid al-Adha with prayers and social gatherings. The Eid al-Adha services can attract thousands of Muslims in various places such as Chicago (Illinois) and Orlando (Florida). Many Muslims of many heritages, including Pakistan, as well as Eastern European and African countries, wear traditional clothes and share their national dishes. It is a time for prayer, sharing meals, handing out gifts and wishing one another well.

Eid al-Adha follows from the Hajj pilgrimage to Mecca in Saudi Arabia, in which Muslims are required to make at least once in their lives. Eid al-Adha is also known as the Feast of Sacrifice because it traditionally includes the sacrifice of an animal permitted for food (eg. a lamb) as an act of thanksgiving for God’s mercy. Some Muslims seek out a farm where they can carry out the sacrifice, but many also send money to their native lands to help fund a sacrifice. Eid al-Adha lasts for up to three days and is a time to seek mercy from God.

Eid al-Adha is not a federal public holiday in the United States. However, some Islamic organizations may be closed or offer a reduced level of service and there may be some local traffic congestion around mosques. In New York City, the day is a holiday for public schools. 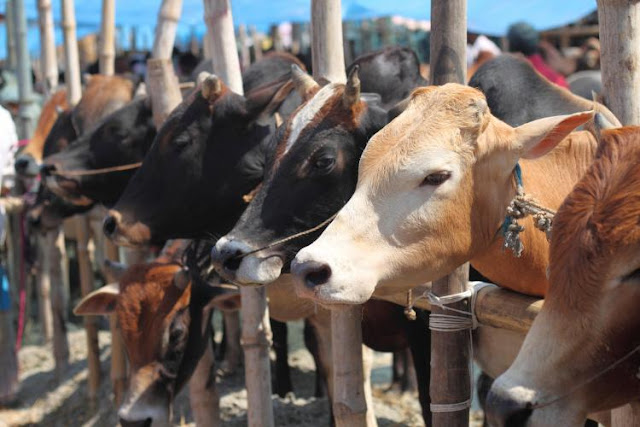 But if in Malaysia,Hari Raya Haji is a public holiday. It is a day off for the general population, and schools and most businesses are closed.

In 2019 it falls on a Sunday. Due to this, some businesses may choose to follow Sunday opening hours.

It is a public holiday too. It is a day off for the general population, and schools and most businesses are closed.

Then we maybe we need some holiday decorations such as satin ribbons,
black and white ribbon, grosgrain ribbons,cotton ribbons,organza ribbon,
gold yarn,velvet yarn,ribbons to decorate ourselves or our house for next week specail.