October 21, 2019
Diwali is a five-day festival, which this year will start on October 27 and end on November 3,the height of which is celebrated on the third day coinciding with the darkest night of the lunar month. During the festival, Hindus, Jains and Sikhs illuminate their homes, temples and work spaces with diyas, candles and lanterns Hindus, in particular, have a ritual oil bath at dawn on each day of the festival. Diwali is also marked with fireworks and the decoration of floors with rangoli designs. Food is a major focus with families partaking in feasts and sharing mithai.The festival is an annual homecoming and bonding period not only for families,but also for communities and associations, particularly those in urban areas, which will organise activities, events and gatherings.Many towns organise community parades and fairs with parades or music and dance performances in parks.Some Hindus, Jains and Sikhs will send Diwali greeting cards to family near and far during the festive season, occasionally with boxes of Indian confectionery.
Diwali is a post-harvest festival celebrating the bounty following the arrival of the monsoon in the subcontinent. Depending on the region, celebrations include prayers before one or more Hindu deities, the most common being Lakshmi.According to David Kinsley, an Indologist and scholar of Indian religious traditions particularly in relation to goddess worship, Lakshmi symbolises three virtues: wealth and prosperity, fertility and abundant crops, as well as good fortune.Merchants seek Lakshmi's blessings in their ventures and will ritually close their accounting year during Diwali. Fertility motifs appear in agricultural offerings brought before Lakshmi by farming families, who give thanks for the recent harvests and seek her blessings for prosperous future crops. A symbolic piece of traditional fertiliser, a dried piece of cow dung, is included in the ensemble in Odisha and Deccan region villages, an agricultural motif according to Kinsley. Another aspect of the festival is remembering the ancestors.

Diwali is the festival of lights in many countries and will see observers light candles outside of homes and shop fronts for five days.
However, the festival takes on different meanings depending on the faith of those observing it.
Depending on the dominant religion, Diwali may go by a different name and involve the worship of varying deities.
Diwali is celebrated by Hindus, Jains, Sikhs, and Newar Buddhists, although for each faith it marks different historical events and stories, but nonetheless the festival represents the same symbolic victory of light over darkness, knowledge over ignorance, and good over evil.
Hinduism
Diwali’s religious significance varies throughout India and is associated with a variety of traditions, symbolism and deities.
The festival is often linked to the Hindu epic Ramayana, in which Diwali marks two pivotal events.
In Ramayana, Diwali is when the avatars of the goddess Vishnu, Lakshmi, Shesha and Shiva reached the city of Ayodhya after 14 years in exile.
On the same day during the Trete Yuga (the fourth age of mankind in Hinduism), Vishnu’s avatar Rama’s army of good defeated demon king Ravana’s army of evil.
Jainism
In Jainism, an ancient Indian religion, Diwali is celebrated in observance of the death and nirvana (ascendance to heaven) of Mahavira, according to the scholar Jeffrey Long.
Mahavira was the 24th Tirthankara (the propagator of the teachings of the religion, named dharma) who Jains credit for the revival and reorganisation Jainism.
The death and nirvana of Mahavira is known as Mahavira Nirvana Divas.
Sikhism
Sikhs celebrate Bandi Chhor Divas rather than Diwali.
Bandi Chhor Divas marks the day Guru Hargobind was released from the Gwalior Fort prison by Jahangir, a Mughal emperor, and his subsequent arrival at the Golden Temple in Amritsar.
Guru Hargobind introduced the concept of Miri and Piri to Sikhism and built the Akal Takht (throne of the tireless one).
Buddhism
Diwali is not a Buddhist festival but is sometimes observed by the Newar people of Nepal.
The Newar people revere deities in Vajrayana Buddhism, and during Diwali will offer prayers to the Hindu goddess Lakshmi.
Their worship of other deities is consistent within a “textually specified” norm which allows them to worship any deity for their “worldly betterment”, according to researchers.
But Diwali is not a nationwide public holiday in the United States but it is a large festival celebrated in many towns and cities. There may be traffic congestion and parking places may be full in areas where events are held to celebrate Diwali. Some Indian businesses may close early on Diwali. 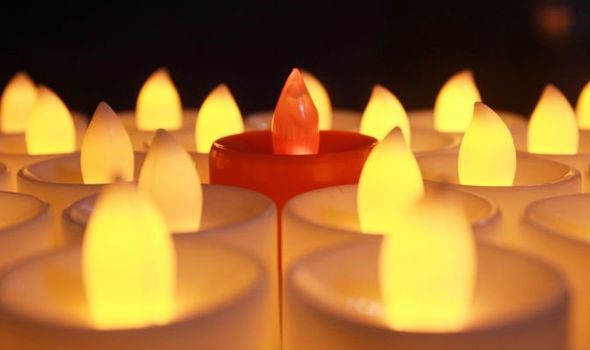