What is Guy Fawkes Night(Bonfire Night)

Guy Fawkes Day, also called Bonfire Night, British observance, celebrated on November 5, commemorating the failure of the Gunpowder Plot of 1605.
The Gunpowder Plot conspirators, led by Robert Catesby, were zealous Roman Catholics enraged at King James I for refusing to grant greater religious tolerance to Catholics. They planned to blow up the Houses of Parliament (Palace of Westminster) during the state opening of Parliament, intending to kill the king and members of Parliament in order to clear the way to reestablishing Catholic rule in England. The plan failed when the conspirators were betrayed. One of them, Guy Fawkes, was taken into custody the evening before the attack, in the cellar where the explosives to be used were stashed. The other conspirators were all either killed resisting capture or—like Fawkes—tried, convicted, and executed. In the aftermath, Parliament declared November 5 a national day of thanksgiving, and the first celebration of it took place in 1606.
The plotters came unstuck just over a week before the State Opening of Parliament on 5 November, the date chosen for their mission.
One of their number – thought by many to be Francis Tresham, who had expressed misgivings about the plot – cracked, and sent a letter of warning to the Catholic Lord Monteagle.
This prompted a search of the buildings around Parliament on 4 November, during which Fawkes was actually discovered in the cellar, surrounded by a large pile of firewood.
His excuse – that he was simply assembling supplies for winter – was initially enough to deceive the search party.
However, the wary King James, whose father Henry Stuart had been blown up in Edinburgh 40 years earlier, ordered his men to investigate again that night.
A second search once more revealed Fawkes, this time with incriminating matches and fire-lighting aids on his person, and with his arrest the plot was foiled.
He was tortured, and the majority of Catesby's gang was shot down at Holbeach in Staffordshire after fleeing to the Midlands.
Fawkes was hanged, drawn and quartered with the three other surviving Catholic conspirators, facing the Palace Westminster.
Although severely weakened from torture, he managed to jump from the gallows and break his neck, thus avoiding the gruesome mutilations which would have completed his punishment.
In early 1606, an act was passed designating 5 November as a date of thanksgiving, with bonfires and fireworks soon settled upon as a suitably fitting commemoration.
Today Guy Fawkes Day is celebrated in the United Kingdom, and in a number of countries that were formerly part of the British Empire, with parades, fireworks, bonfires, and food. Straw effigies of Fawkes are tossed on the bonfire, as are—in more recent years in some places—those of contemporary political figures. Traditionally, children carried these effigies, called “Guys,” through the streets in the days leading up to Guy Fawkes Day and asked passersby for “a penny for the guy,” often reciting rhymes associated with the occasion, the best known of which dates from the 18th century.
Fireworks, a major component of most Guy Fawkes Day celebrations, represent the explosives that were never used by the plotters. Guards perform an annual search of the Parliament building to check for potential arsonists, although it is more ceremonial than serious. Lewes, in southeastern England, is the site of a celebration of Guy Fawkes Day that has a distinctly local flavour, involving six bonfire societies whose memberships are grounded in family history stretching back for generations.
But Guy Fawkes Day is not a public holiday. Businesses have normal opening hours.
Many people light bonfires and set off fireworks. As it is the end of autumn, it is the ideal opportunity to burn garden rubbish. Some light small bonfires in their own gardens, while other light larger ones in a communal space. In some towns and cities, the municipality organizes a bonfire and professional firework display in a park. These tend to be very popular. Due to its proximity to Halloween, many people organize a combined party for Guy Fawkes Night and Halloween. These parties often include elements from both festivals, such as a bonfire and dressing up in spooky outfits. Popular foods include toffee apples, bonfire toffee and potatoes baked in the ashes of the fire. Guy Fawkes, a Catholic, was arrested, tortured and executed for his part in the plot to blow up the Houses of Parliament. Hence many Catholics are more restrained in their celebration of this day. In addition, many injuries and even deaths occur as a result of fireworks being used incorrectly. For this reason, many safety campaigners call for the sale of fireworks to the public to be restricted even more than at present and for more professional displays to be organized.
Guy Fawkes' Day is not a public holiday. Businesses, organizations and schools are open as usual. Public transport services run to their normal timetables. Some organizations, communities and municipalities may organize public bonfires or displays of fireworks on or around November 5. 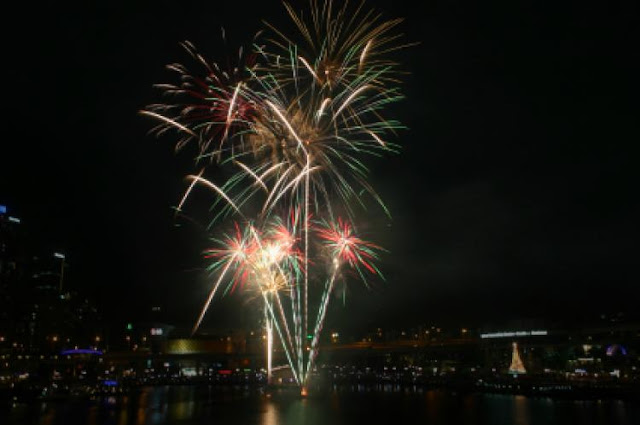 Thanksgiving Day 2019 is coming which is on Thursday, November 28, 2019.
Thanksgiving Day is an annual national holiday in the United States and Canada celebrating the harvest and other blessings of the past year. In the US Thanksgiving is celebrated on the fourth Thursday of November while in Canada nearly one month and a half earlier (second Monday of October). Thanksgiving has deep roots in religious tradition, but nowadays it is primarily celebrated as a secular holiday.
It's time to prepare some materials to decorate our house (like ribbons).In case you’re interested in knowing more info on double faced satin ribbon or organza ribbon and benefit from fantastic savings on double faced satin ribbon , just by taking a look at https://ymribbon.com offer cheap and high quality grosgrain ribbons,satin ribbons, support ribbons wholesale customized ribbons and personalized ribbon.
Best Regard!